Register Here.  At Kensington Senior Living, our mission to improve and preserve the quality of life for every resident is a collaborative effort. To that

At Kensington Senior Living, our mission to improve and preserve the quality of life for every resident is a collaborative effort. To that end, we have built strong relationships with expert medical professionals who keep us current with the latest advances in care, management and treatment of conditions that affect seniors and their families.

Please join us for an interactive conversation with some of the world’s top neurology specialists who are driving initiatives to prevent and cure Alzheimer’s disease and dementia.

Lauren Miller Rogen of HFC leads this dynamic, all-women panel as they share the latest breakthroughs in research and treatment options, including the controversial FDA approval of the new Biogen medication, Aduhelm, to treat Alzheimer’s. They will discuss the impact of brain disease on families, what to do after diagnosis and how to manage challenges that commonly result from changing family dynamics. Finally, they will offer recommendations about lifestyle habits that can help reduce the risk of memory loss and other degenerative brain diseases.

This event is in collaboration with Cedars Sinai, UCLA, USC, UCSF and Stanford, with a panel discussion moderated by Lauren Miller Rogen.

Lauren Miller Rogen, Co-Founder, HFC is a screenwriter, director, producer, and philanthropist, whose life has been touched many times over by Alzheimer’s. In 2012—when Lauren’s mother was diagnosed with early-onset Alzheimer’s disease at just 55 years old— Lauren, still in her twenties, co-founded HFC to activate the next generation of Alzheimer’s advocates. Since then, Lauren and the HFC team have brought significant awareness to Alzheimer’s, raising millions of dollars to award free, quality in-home care to families in need of respite and support – all while using humor and hope to engage people. Her dedication to sharing her personal story and using humor as a form of advocacy has left an indelible impact on the Alzheimer’s space. Since 2013, Lauren has served as the Alzheimer’s patient advocate on the board of California’s Institute of Regenerative Medicine (CIRM). She also sits on the California Alzheimer’s Task Force and the Steering Committee of the Milken Institute’s Alliance to Improve Dementia Care. In 2012, Lauren starred in, co-wrote, and produced the film For A Good Time Call, which premiered at the 2012 Sundance Film Festival. She made her feature-length directorial debut in 2018 with the “dramedy” Like Father, a film she wrote and which starred Kristen Bell and Kelsey Grammer. If there is one thing Lauren wants people to remember, it’s that Alzheimer’s doesn’t have to be sad or scary when you’re fighting against it. You can come to an HFC event and have fun, but also do something for Alzheimer’s.

Dr. Mindy Lipson Aisen, M.D. is the Director of Medical Affairs for the Alzheimer’s Therapeutic Research Institute, University of Southern California, Keck School of Medicine (ATRI).  She has been Clinical Professor of Neurology at the USC Keck School since 2009. Her past academic positions include Associate Professor at Cornell University Medical School and Professor at Georgetown University. She is board certified in neurology and neurorehabilitation. Dr. Aisen has served as a member of the Board of Directors of the American Society of Neurorehabilitation, and formerly served as editor in chief of Journal of Rehabilitation Research and Development, Chief of the National VA Rehabilitation Research and Development Service, and CEO of the United Cerebral Palsy Research and Educational Foundation.

Dr. Jessica de Leon is a behavioral neurologist and Assistant Professor of Neurology at the University of California, San Francisco, Memory and Aging Center. She received her undergraduate degrees in Neuroscience and Spanish at the Johns Hopkins University and obtained an MD with thesis degree at UCSF. She then completed her residency in neurology and a clinical and research fellowship in behavioral neurology at UCSF. Her research focuses on how bilingualism, language typology and genetics affect the symptoms, neuroimaging, and progression of neurodegenerative disorders, including Alzheimer’s dementia, frontotemporal dementia and primary progressive aphasia. In her clinical time, she cares for patients with Alzheimer’s disease and related disorders as an attending physician at the UCSF Memory and Aging Center and at Zuckerberg San Francisco General Hospital. She has a strong interest in how cultural and socioeconomic factors influence dementia care.

Dr. Sarah Kremen, MD is a behavioral neurologist and the Director of the Neurobehavior Program at the Jona Goldrich Center for Alzheimer’s and Memory Disorders at Cedar-Sinai Medical Center. She completed her residency in neurology at UCLA and her fellowship training in Behavioral Neurology and Neuropsychiatry at the Greater Los Angeles VA Medical Center. She sees patients with memory, language and other cognitive disorders due to Alzheimer’s and other neurodegenerative diseases. Her research has focused on clinical trials and observational studies of people at risk of developing Alzheimer’s and those already diagnosed with mild cognitive impairment and dementia due to Alzheimer’s. Dr. Kremen is actively engaged in educational efforts to improve evaluation and detection of dementia in the primary care setting and to raise community awareness about Alzheimer’s and other dementias. She is a member of the Medical and Scientific Advisory Council for Alzheimer’s Los Angeles.

Dr. Sharon Sha, MD is a Clinical Associate Professor of Neurology and Neurological Sciences at Stanford University where she serves as the Medical Director of the Stanford Neuroscience Clinical Trials Group, Co-Director of the Huntington’s Disease Center of Excellence and Ataxia Clinic, Co-Director of the Lewy Body Disease Association Research Center of Excellence, Clinical Core Co-Leader of the Stanford Alzheimer’s Disease Research Center, and Director of the Behavioral Neurology Fellowship. Her clinical time is devoted to caring for patients with Alzheimer’s disease and other neurodegenerative disorders. Her research is devoted to finding treatments for cognitive disorders. Her recent work focused on the safety of young plasma for the treatment of Alzheimer’s disease. Dr. Sha received a Master’s degree in Physiology and an MD from Georgetown University, followed by Neurology training at UCLA and Stanford University. She completed a clinical and research fellowship in Behavioral Neurology at UCSF, where she focused on identifying biomarkers for genetic forms of frontotemporal dementia and caring for patients with movement  disorders with cognitive impairment.

Dr. Leila Parand, MD is the Assistant Clinical Professor of Neurology at the David Geffen School of Medicine at UCLA. Her specialties include Neurology, Alzheimer’s Disease, Memory Disorders, and Dementia.

For questions regarding this event, please reach out to Kayla Peters, Outreach and Events Coordinator, kpeters@kensingtonsl.com. RSVPing is closed at this time.

Can not make it to this event?Change my RSVP 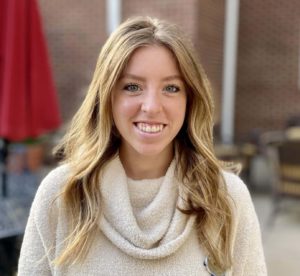